While boutique hotels are hot, there’s something to be said about The Best Luxury Hotels Online and luxury chain hotels. You pretty much always know what you are going to get and there (hopefully), won’t be any surprises. There’s a safety in it. And if you have very expensive, luxurious taste, it’s safe to say any of these twelve luxury hotel chains will suit any of your needs and of course, your wants too. When you need to know you will get a good night’s sleep and be pampered in a beautiful room, if you stay at any of the hotels on this list, your’re likely to get that and a whole lot more.

Shangri-La hotels, which are known for having some of the best service in the industry, just sound super luxurious (say it “Shangri-La….”). And they certainly are. With hotels and resorts all over the world (except for the United States) including Australia, The United Arab Emirates, India, Italy and Canada, there are so many great options. In 2013, Forbes Magazine rated the Shangri-La the best hotel in Paris. On the Seine river, the hotel was once the palace of Napoleon Bonaparte’s grandnephew, Prince Roland Bonaparte. To that, it’s hard not to say “oui.”

When you think of Marriott, you might not think of luxury, but you need to think again. The very high-end J.W. Marriott brand is named for the founder of Marriott Hotels, John Willard Marriott. And it is quite luxurious, competing with some of the most luxurious hotel chains in the world. Amenities include spas with private sanctuaries, personal trainers, pools and ultra luxurious suites. J.W. Marriott has over 75 locations including New York (The famed Essex House is now a J.W. Marriott), Los Angeles, Azerbaijan, Kuwait, several in Hong Kong, Mexico, The United Arab Emirates, South Korea, Malaysia and Bangladesh.

The Four Seasons is a Canadian five-star luxury chain. There are 98 Four Seasons properties throughout the world including Toronto (of course), New York, Los Angeles, St. Louis, Paris and Seychelles. Many Four Seasons properties are resorts offering beach front amenities with water sports such as sailing and diving, as well as other locations which offer skiing, golf and of course, the famous Four Seasons Spas. While all the activities are great, one thing that most people forget you do at a hotel is actually sleep- and for that, The Four Seasons has you covered with their luxurious beds. And if you fall in love with the bed so much you don’t want to leave- no worries, you can buy one ranging from $2,199 for a twin size to $2,999 for king sized mattress. Remember, you can’t pay for a good night’s sleep, but you can pay for a very good mattress.

Contact us today to learn about The Best Luxury Hotels Online. 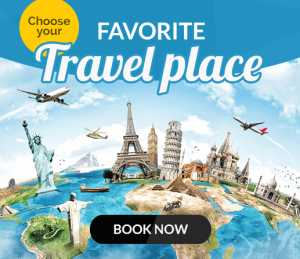